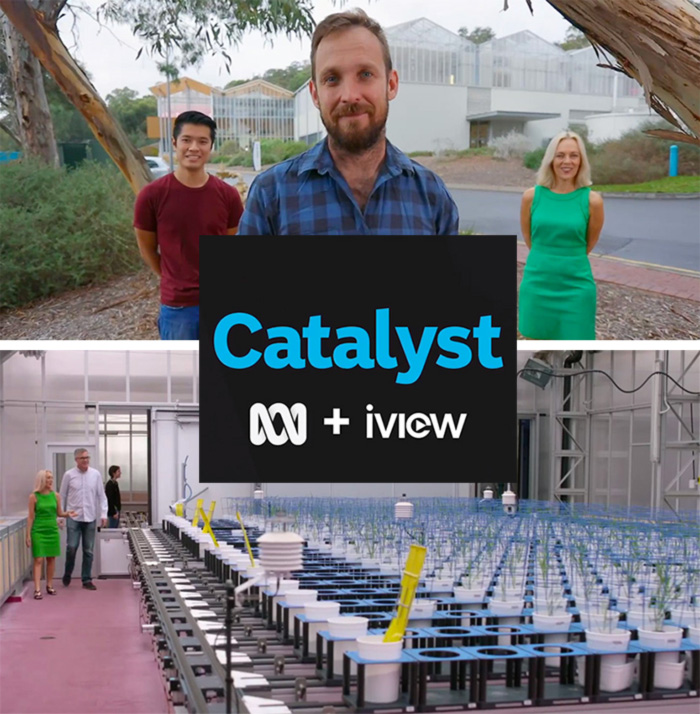 Earlier this year the team from ABC Catalyst visited the Australian Plant Phenomics Facility (APPF) at the University of Adelaide’s Waite Campus to film segments for an upcoming program on innovative food and agriculture to sustainably feed our growing population.

This two-part series Feeding Australia launched Catalyst’s new season in Science Week, with the first episode broadcast on Tuesday, 14 August on ABC TV. If you missed it, you can catch up on iView.

Broadcasting this Tuesday, 21 August at 8:30pm, Part 2 will feature the APPF.