Each node of the APPF offers unique software capabilities

Our multi-disciplinary team offers the full scope of data management, from statistically designed layouts at the outset through to visualisation tools on completion – all to maximise your results. We can support your research through: 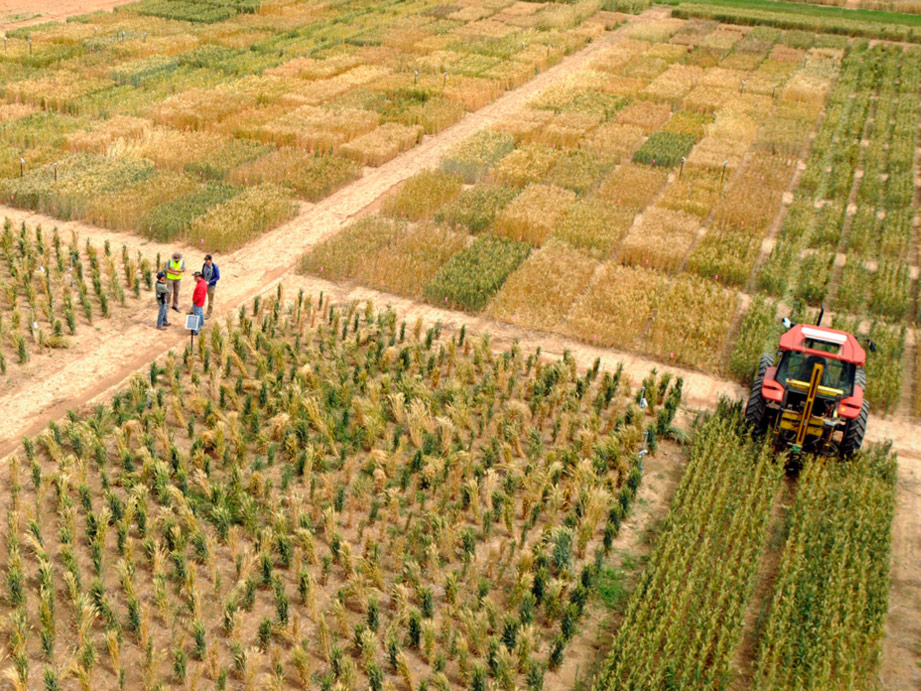 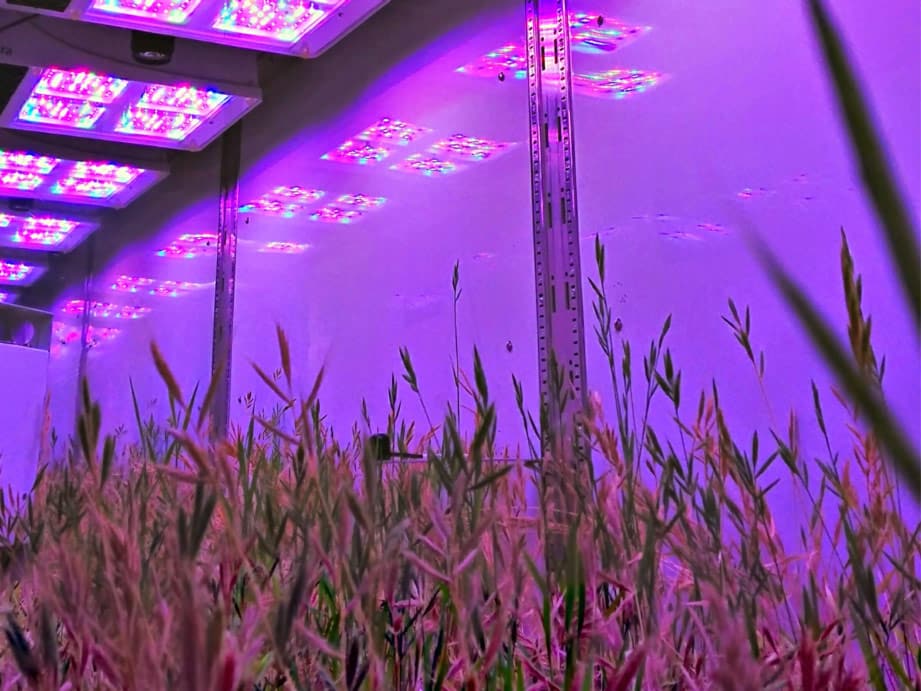 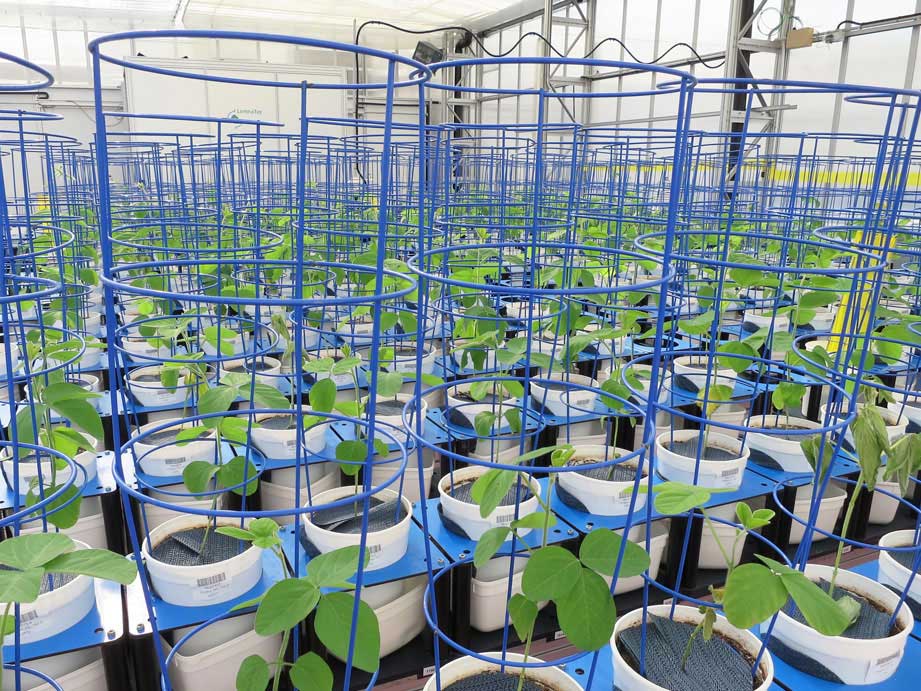 The phenoSMART® gateway provides on-demand access to tailored Apps, services and resources for managing, analysing and visualising plant phenotyping data. The website serves as a gateway to tailored software Apps through which information can be extracted from raw plant phenotyping data. App functions are powered by a cyber infrastructure (digital technology, computational resources and communications) that allows seamless integration.

The power of phenoSMART® gateway Apps

Apps are being designed and built to plug-and-play with commercial phenotyping systems such as the phenoMobile® Lite field phenotyping vehicle. Users are able to upload data from Light Detection and Ranging (LiDAR) or the GreenSeeker Crop Sensing sensors onboard phenoMobile® Lite and access algorithms for accurate and reproducible calculation of plant height, biomass and fractional cover. Data can also be downloaded for graphing and presentation.

The phenoSN® data visualisation tools App enables users to manage and visualise data from sensor networks such as ArduCrop.

Further Apps are being developed that offer modular data analysis and visualisation tools suitable for analysing and visualising common data formats from generic hardware platforms. For example, phenoAIR™ data visualisation and analysis tools offer automated end-to-end photogrammetry solutions for aerial phenotyping data for systems such as phenoAIR™ pod and commercial drones. Contact us to learn more or to discuss designing and building your own App.

Who is the phenoSMART® data visualisation and analytics platform for?

Linking the development of plant phenotyping tools to wide-spread adoption.

Click on the tabs to learn about the current Apps in the phenoSMART® suite. If you would like more information on how the phenoSMART® gateway or any of the Apps can support your resesarch, please contact us.

Watch a brief demonstration of the App:

Watch a brief demonstration of the App:

There are two ways to login to access demonstration datasets and test App functions:

The phenoSMART®  logo is a trade mark of CSIRO registered in Australia and used with permission.

TraitCapture is a “seeds to traits” pipeline which allows users to track seed/genotype selection, set growth conditions, and analyse phenotypic variation for heritable components through to mapping causative loci via GWAS and QTL analysis. Web-based visualisation tools allow real-time graphing of environment data with associated plant growth in time-lapse. Cloud-enabled GWAS on plant growth variation can be performed during an experiment allowing for real time capturing of heritable traits and trait loci across environments. This feedback allows users to tune the environments, phenotyping protocols and image analysis to improve QTL detection. When QTL are identified, a user can re-sort plants based on alternative genotype classes to look for pleiotropic effects on growth, development, and physiology. Experiments enabled by TraitCapture include: 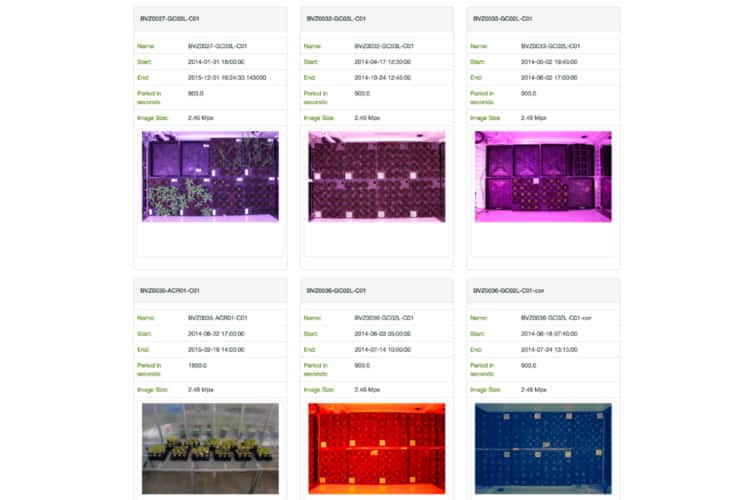 Access your images and analyse your data in real time on a daily basis using Zegami.

Researchers undertaking experiments at the APPF’s Adelaide node are able to access their images and analyse their data in real time on a daily basis using Zegami. Zegami is a web application which allows users to filter, sort and chart data from experiments and group that data with the corresponding images.

With daily access to the incoming preliminary data, researchers can enjoy greater control over their experiments, introduce early intervention and modifications to experimental protocol if required, run a preliminary analysis before having view of the full experiment and even monitor progress when not onsite.

Zegami is designed to help us share our data with all researchers. We use Zegami to link the experimental metadata, such as genotypes and treatments, with the image data. We then interface directly with our results database, process the data and make it available to the user via a private login on the web. 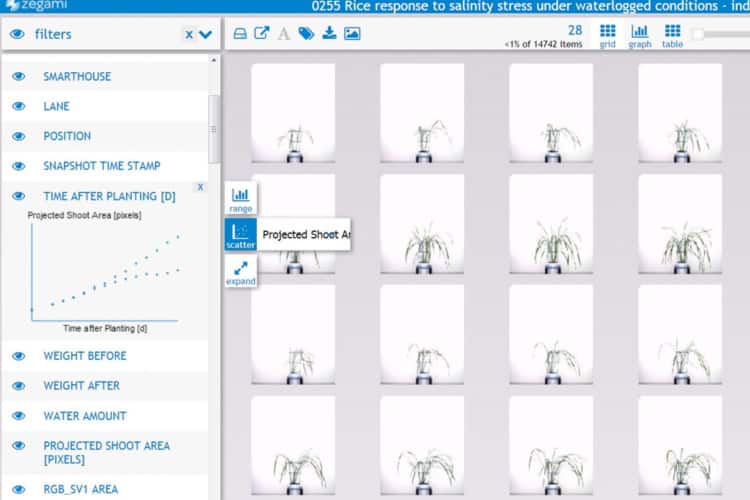 We are passionate about plant science and promote the open sharing of data to accelerate research.

Linking of phenomics information with the APPF’s modelling capabilities, TERN data, Bureau of Meteorology’s climatic data and Geoscience Australia’s DataCube will provide forecasting products on the Cloud for predicting agricultural productivity and the impact of various scenarios.

Our statistical workhorse is ASReml-R, the R-language implementation of the ASReml statistical software package (proprietary). R users can access it as the asreml package, but will require a software licence.

These 3 packages can be downloaded freely from CRAN or from Chris’s website.

Green plant segmentation plays an important role in hyperspectral-based plant phenotyping. Existing image segmentation methods are dependent on data types, plants and backgrounds, and might not utilise the power of hyperspectral data. A team from the APPF’s Adelaide node have developed a one-class support vector machine classifier combined with a pre-processing method named ‘hyper-hue’ to segment green plant pixels in hyperspectral images. Experimental results showed that this method out performed the approaches using vegetation indices or SVM only. The model was trained using the data of wheat and worked equally well for other species. The modelling method was suitable for both VNIR and SWIR data. In the future, this green plant segmentation method will be further tested using data collected in the field, such as on aircraft or ground-based vehicles.

The hyper-hue algorithm is free to download here or here.

Read the background on the hyper-hue algorithm here. 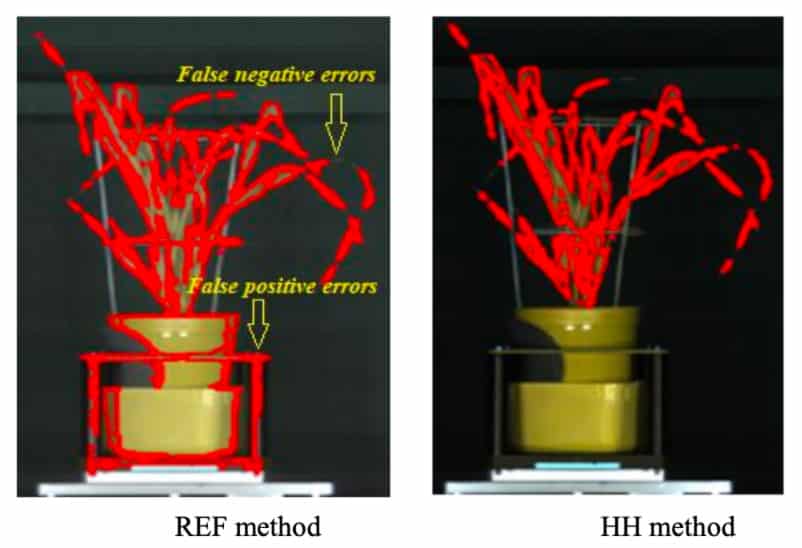 Our team of specialists can provide guidance on the best phenotyping technology for your research.