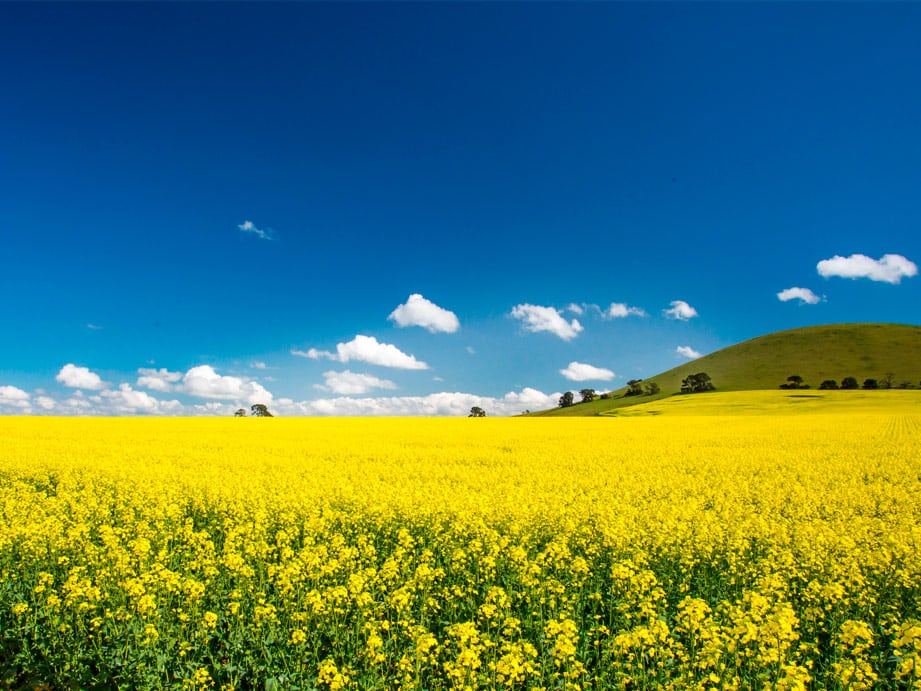 Canola (Oilseed Brassica napus) is ranked second amongst the major oilseeds behind soy, which dominates global production. It is an important crop in most grain growing regions of Australia, representing well over half of Australian oilseed production, which also includes soybean, cottonseed, peanuts and sunflower seeds.

While Australia is a relatively small producer of oilseeds by international standards, it is widely regarded for its high-quality exports. However, domestic production of oilseed is insufficient to meet demand, so it is supplemented by imports.

So how can we boost Australia’s biggest oilseed crop to meet domestic needs and surge our high-quality exports?

Canola produces a high yield and can be a profitable crop in its own right as well as an excellent rotation with cereals or pulses. Canola oil is used in a range of cooking and manufacturing applications, and canola meal is a valuable high protein livestock feed supplement. And its benefits go beyond the crop yield. Canola is also an excellent choice to enhance or extend a crop rotation in winter, and it allows farmers to better manage weeds and pests.

But canola has its challenges. Oilseed brassica species are vulnerable to heat and drought stress, especially in the early reproductive stage. Fungal disease and insects are becoming more prevalent, and weeds commonly found in canola are becoming resistant to conventional management practices. It also has a relatively narrow gene pool and this situation is accentuated in Australia due to three decades of closed recurrent selection.

“This preliminary work has provided promising phenomics avenues to accelerate the introgression of new allelic combinations in our pre-breeding nurseries”, said Dr Sirault.

The study used twelve Brassica genotypes, based on genetic diversity and potential heat and drought tolerance phenotypes from previous studies. The impact of heat and drought treatments for seven days during anthesis (the early flowering stage – a critical period for impact of stress on plant growth and final grain yield) was evaluated with a range of non-destructive plant phenotyping tools including whole plant imaging, leaf stomatal conductance, leaf and bud temperature, photochemical reflectance index, quantum yield of photosynthesis, and leaf gas exchange.

“Our experiments revealed Vcmax (Maximum Rate of Rubisco Carboxylation) and TPU (Triose Phosphate Use) are two putative phenomics parameters that can be measured for screening for tolerance to heat, and combined heat and drought stress in Brassica”, said Dr Sirault.

“If results are confirmed in a larger Brassica accession panel, the team will investigate developing faster methods to permit screening of hundreds of progeny in pre-breeding trials, in particular the use of non-invasive methods such as hyperspectral reflectance, to predict Vcmax from spectra”, said Prof Furbank (ANU).

The research team suggests future research on the role of plant imaging as a phenomics tool for Brassica heat and drought stress tolerance should include measurements of pod number, pod size, and number of seeds per pod. Plant imaging may provide a useful prediction of flower or pod abortion, which frequently results from stresses occurring at early reproductive stages.