The first research project, Improving Yield by Optimising Energy Use Efficiency, is phenotyping an Excalibur x Kukri RIL population to determine genetics controlling energy use efficiency (EUE) in wheat. The aim is to identify genetic loci and markers to enable breeding of high-yielding germplasm with:

More than 85-90% of the energy captured by plants is used in high-cost cellular processes, such as transport of nutrients and respiration, meaning about only 10-15% is allocated to yield. Thus, any small gain in energy redistribution and use for a costly process can have a marked positive impact on biomass accumulation and yield.

Improvements in EUE can be achieved at the cell, tissue and whole-plant level, with respiration being a prime target.

“Our initial screening of 138 Australian commercial cultivars revealed a two-fold variation in rates of leaf respiration, three-fold variation in the ratio of respiration to growth rate during early development, and significant heritability of 35%. This demonstrates there is untapped genetic variation in EUE amenable to fine-tuning and optimisation of biomass accumulation in the lead-up to anthesis, with concomitant positive knock-on effects on yield”, said Australian National University’s Barry Pogson, Project Lead and Director of the ARC Centre of Excellence in Plant Energy Biology (AUS). 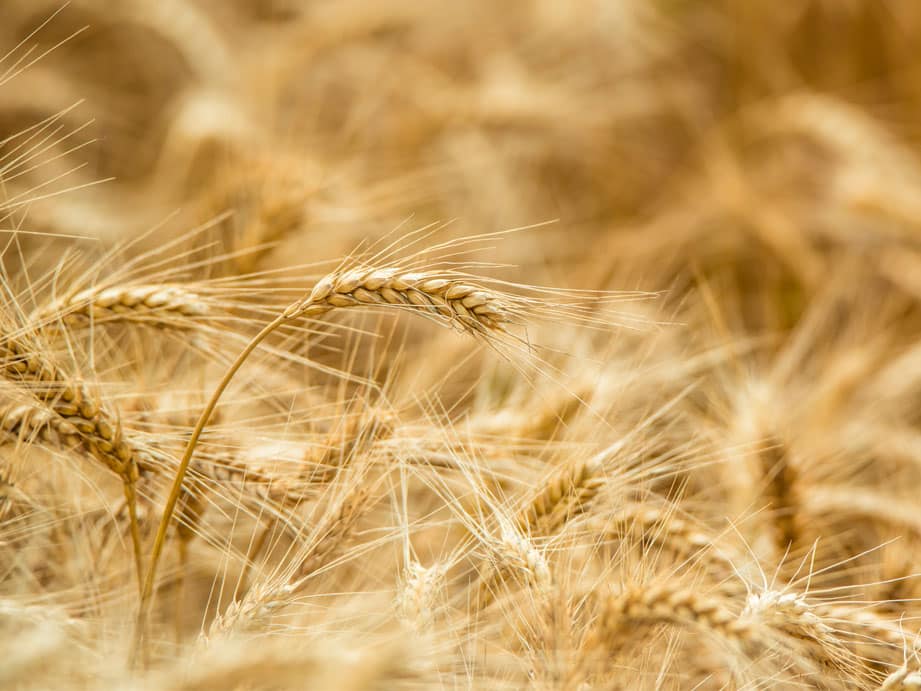 The genes Vacuolar Proton Pyrophosphatase 1 (AVP1), Phosphorus Starvation Tolerance 1 (PSTOL1) and Nicotianamine Synthase (NAS) have been shown to improve plant biomass production and grain yield. Over-expression of these genes results in improved biomass production and grain yield in a range of plant species, including cereals (rice, barley, wheat), in optimal growing conditions. The enhanced yield of the plants is believed to be due to improved sugar transport from source to sinks (AVP1), enhanced root growth and nutrient uptake (AVP1, PSTOL1) and increase in shoot biomass and tiller number (AVP1, PSTOL1, NAS2).

These extensive projects will continue throughout 2017 and into 2018.

Why is this research so important?

Wheat is the most widely grown of any crop globally, providing 20% of daily calories and protein. By 2050 wheat demand is expected to increase by 60%. To meet this demand, annual potential wheat yield increases must effectively double – an exceptional challenge.

In November 2012, funding agencies and organisations from the G20 countries agreed to work together and formed the global Wheat Initiative to develop a strategic approach to supporting research that would lead to dramatically increasing the genetic yield potential of wheat.

An essential pillar of this strategy is the International Wheat Yield Partnership (IWYP), a novel collaborative approach, enabling the best scientific teams from across the globe to work together in an integrated program to address the challenge of raising the genetic yield potential of wheat by up to 50% in the next two decades all over the world. IWYP builds on the initial research concepts of the Wheat Yield Consortium established by CIMMYT.

To deliver increased wheat yield, a combination of fundamental bioscience and applied research will be needed. IWYP will deliver this through a focused program of research to develop new knowledge, models and wheat lines suited to multiple environments ensuring global gains in wheat yields are achieved.

The “IWYP Science Program” provides a unique plan to generate new discoveries and provides for their rapid incorporation into wheat crops grown throughout the world. IWYP’s overarching aims are to stimulate new research, amplify the output from existing programs and make scientific discoveries available to farmers in developing and developed nations.

The APPF provides state-of-the-art phenotyping tools and expertise to help academic and commercial plant scientists from Australia and around the world understand and relate the performance of plants to their genetic make-up. Research facilitated at the APPF is leading to the development of new and improved crops, more sustainable agricultural practices, improved maintenance and regeneration of biodiversity in the face of declining arable land area and the challenges of climate change. Learn more about us.

Do you need access to plant phenotyping capabilities? The PIEPS scheme can help!

Do you have an exceptional plant science research project destined to deliver high impact outcomes for agriculture? The Phenomics Infrastructure for Excellence in Plant Science (PIEPS) scheme was announced in May and is open to all publicly funded researchers. Emphasis is placed on novel collaborations that bring together scientists preferably from different disciplines (e.g. plant physiology, computer science, engineering, biometry, quantitative genetics, molecular biology, chemistry, physics) and from different organisations, within Australia or internationally, to focus on problems in plant science.

The PIEPS scheme involves access to phenotyping capabilities at the Australian Plant Phenomics Facility (APPF) at a reduced cost to facilitate exceptional research projects. Researchers will work in partnership with the APPF to determine experimental design and optimal use of the equipment. Our team includes experts in agriculture, plant physiology, biotechnology, genetics, horticulture, image and data analysis, mechatronic engineering, computer science, software engineering, mathematics and statistics.

Applications are assessed in consultation with the APPF’s independent Scientific Advisory Board. Selection is based on merit.

Don’t miss this an outstanding opportunity to gain access to invaluable expertise and cutting edge technology to accelerate your research project and make a real impact in plant science discovery.

For more information and to apply:  APPF Phenomics Infrastructure for Excellence in Plant Science (PIEPS).

To find out how the APPF can support your research, contact us.

Learn more about projects at the Australian Plant Phenomics Facility and keep in touch.